, /PRNewswire/ -- Wizards of the Coast, the Magic Pro League, and OMEN by HP announced today the sponsorship surrounding the upcoming Magic:  Mythic Invitational at PAX East March 28–31. Magic:  takes center stage as 64 top streamers, gamers, and professional Magic players compete for in prizes on top-of-the-line OMEN 880 desktop computers. These high-end machines will showcase engaging gameplay and Mythic Invitational participants' skill. PAX East attendees can play like the pros by experiencing powered by OMEN all weekend on the show floor at HP Booth #11043, conveniently located near the Magic booth #1055. 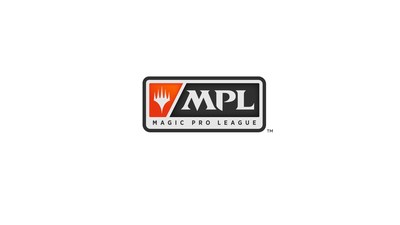 "The OMEN by HP team couldn't be more excited to work with the incredible folks at Wizards of the Coast to power this historic tournament," stated , HP's Sr. Marketing Manager, US Gaming. "Magic: The Gathering has been a staple in the tabletop gaming community for decades and we expect to do the same in the digital landscape. Being able to provide the PCs, displays, and accessories these 64 players will be using is a privilege. We wish good luck to all of them and an awesome time to all the fans and newcomers tuning in."

"It's a banner year for competitive Magic: The Gathering with a prize pool for the 2019 season. Joining forces with OMEN by HP for the Mythic Invitational is a major milestone for Magic," said , VP of Esports, Wizards of the Coast. "We look forward to competitors and viewers experiencing intense gameplay with high-end OMEN gaming machines for a must-see experience during PAX East."

At the Mythic Invitational, a total of is on the line for competitors, which includes members of the Magic (MPL), top Twitch streamers, and the top 8 qualifying players. First place will take home , an OMEN by HP gaming system, and serious bragging rights. The invitational will be held during the annual PAX East convention in from March 28–31, 2019, and broadcast live on twitch.tv/magic. For those attending PAX East, visit Magic booth #1055 to catch the excitement first hand.

To learn more about the Mythic Invitational and the Magic esports program, please visit:
http://mtgesports.com

To download Magic: and stay up to date on the game's recent developments, please visit:
http://playmtgarena.com

About HP
creates technology that makes life better for everyone, everywhere. Through their product and service portfolio of personal systems, printers, and 3D printing solutions, they engineer experiences that amaze. More information about is available at http://www.hp.com.

About Wizards
Wizards of the Coast brings people together through their shared love of games. Magic: The Gathering, Dungeons & Dragons, and other Wizards games are enjoyed by friends around the world, both at gaming tables and on digital platforms. We bring together world-class creators in game design, worldbuilding, fantasy art, and interactive events to create unforgettable moments. Wizards of the Coast is a subsidiary of (NASDAQ:HAS). For more information, visit www.wizards.com.

About the Magic (MPL)
The MPL establishes a new level of professional play and features 32 of the top ranked Magic players from around the world. Players in the MPL are offered play and streaming contracts worth .

With over 35 million Magic players to date in over 70 countries around the world, Magic's new esports structure is designed to appeal to a wide audience of card game players and offers an open platform to allow all gamers the opportunity to compete.

Wizards of the Coast
Jamie.King@wizards.com

SOURCE Wizards of the Coast

Hasbro does not control and is not responsible for the availability of, or content on, linked third party websites.